Email marketing is a means of getting in touch with customers directly via – you got it – email. It’s usually associated with businesses that sell products and want to push these not only to existing customers but also to its target market in general.

What does email marketing have to do with you, a freelance writer? END_OF_DOCUMENT_TOKEN_TO_BE_REPLACED

This article was written by Tammy Ruggles, BSW, MA, a legally blind freelance writer and finger painter from Kentucky. You can find her on Facebook. We hope her article serves as an inspiration! Today is my last day as part of the Freelance Writing Jobs team.  Time constraints and other obligations have made it difficult for me to give this community the care it needs, but I leave you in the very capable hands of Franky Branckaute and the Splashpress Media team.

If you’ve been following my branding series and want to read more about branding and social media marketing, you can follow the link to read a free bonus chapter from my new book, 30-Minute Social Media Marketing, and if you’ve been following my copywriting series and want to learn more, you can pick up a copy of Kick-ass Copywriting in 10 Easy Steps.  Everything you need to know to successfully grow your freelance writing business through branding, social media, and content marketing, as well as how to write effective copy, can be found in those books.  And of course, you can always find me on Twitter (@susangunelius), Facebook, LinkedIn or visit my company website (KeySplash Creative) for all the details.  Don’t be stranger!

With that said, I leave you with 25 tips to become a successful freelance writer (in no particular order).  Feel free to add your own to this list in the comments section!

Best of luck for writing success in the future! 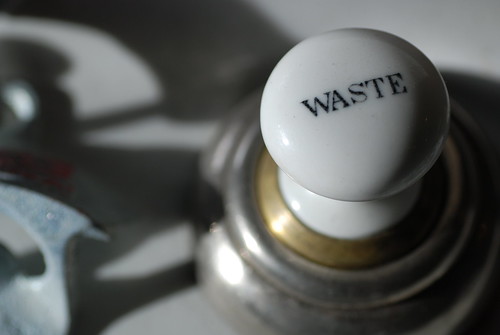 With the risk of sounding like I’m ranting, I’d like to talk about wasting your time as a freelance writer.  There has been a lot of discussion here at FWJ about where to focus your priorities.  We’ve talked about building skills, about establishing a well-balanced portfolio, and about making an awesome first impression.  A lot of you are taking that advice to heart, and I can only assume you’re seeing the success because of it.  If not, keep pushing – good things take time to build. END_OF_DOCUMENT_TOKEN_TO_BE_REPLACED I am absolutely thrilled to announce that Gayla Baer is joining the Freelance Writing Jobs team.  She will be writing about business tips and sharing her experience, knowledge and advice for freelancer writers who are learning to work for themselves and build their own businesses — often working from home and with little support.

I had the pleasure of working with Gayla while she was a channel manager at b5media, and I was constantly impressed by her ability to connect with people, engage, and share part of herself as well as offer her guidance.  I know she will become an important part of the Freelance Writing Jobs community!

To get you acquainted with Gayla, here is a brief bio:

Gayla has made her own success in the world of online writing and community building.  Her blogs and websites, including MomGadget.com, helped her become a 5 figure affiliate blogger and gave her the opportunity to develop and sell multiple sites over the years, ultimately earning over six-figures from those combined sales.  Today, she writes and manages several blogs and sites, including her blog network, GadAboutMedia.com.

She has ten years of experience as an internet professional in a variety of positions, including:

Suffice it to say, Gayla has vast experience in working from home, being your own boss, and building your own career and business.  She will begin publishing content here on Freelance Writing Jobs next week.  Until then, you can connect with Gayla across the social web, and you can learn more about her at GaylaBaer.com.

Please join me in welcoming Gayla to Freelance Writing Jobs!